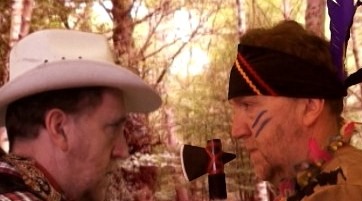 This is two pictures of me taken from my comedy movie Way Out West which was made last year and which can now be seen on youtube. The effect was was possible by filming live footage of a background then filming two images of me against a green background then placing me in front of the background footage using editing software.

Want to master Microsoft Excel and take your work-from-home job prospects to the next level? Jump-start your career with our Premium A-to-Z Microsoft Excel Training Bundle from the new Gadget Hacks Shop and get lifetime access to more than 40 hours of Basic to Advanced instruction on functions, formula, tools, and more.